News broke today about a little project some devs at Facebook have been working on, allegedly named “Slingshot”.

Slingshot is reportedly a direct competitor to the vastly popular and ubiquitously known between budding teens, “Snapchat”. Enabling very quick “snaps” sent between 2 people. Photos and text that are only live and visible for very short periods of time (up to 10 seconds).

This comes as no surprise to most after the Snapchat CEO Evan Spiegel turned down a $3bn offer last year. Mark Zuckerberg, [CEO of Facebook] has been known of jealousy towards any data not going through his Facebook network. Seeing photos being uploaded via any other method other than Facebook is an alleged reasoning for the $1bn Instagram buyout by Facebook back in 2013.

Snapchats beauty is in its simplicity, the Facebook team will have a hard time to create anything more efficient or user friendly than the current Snapchat build. Plus I believe it’s Snapchats lack of association with any big brands or social network that really give it the unique position and soft spot it has by its users. 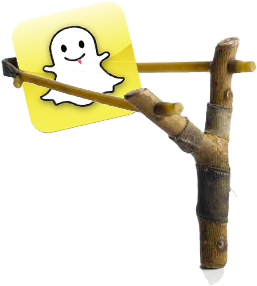